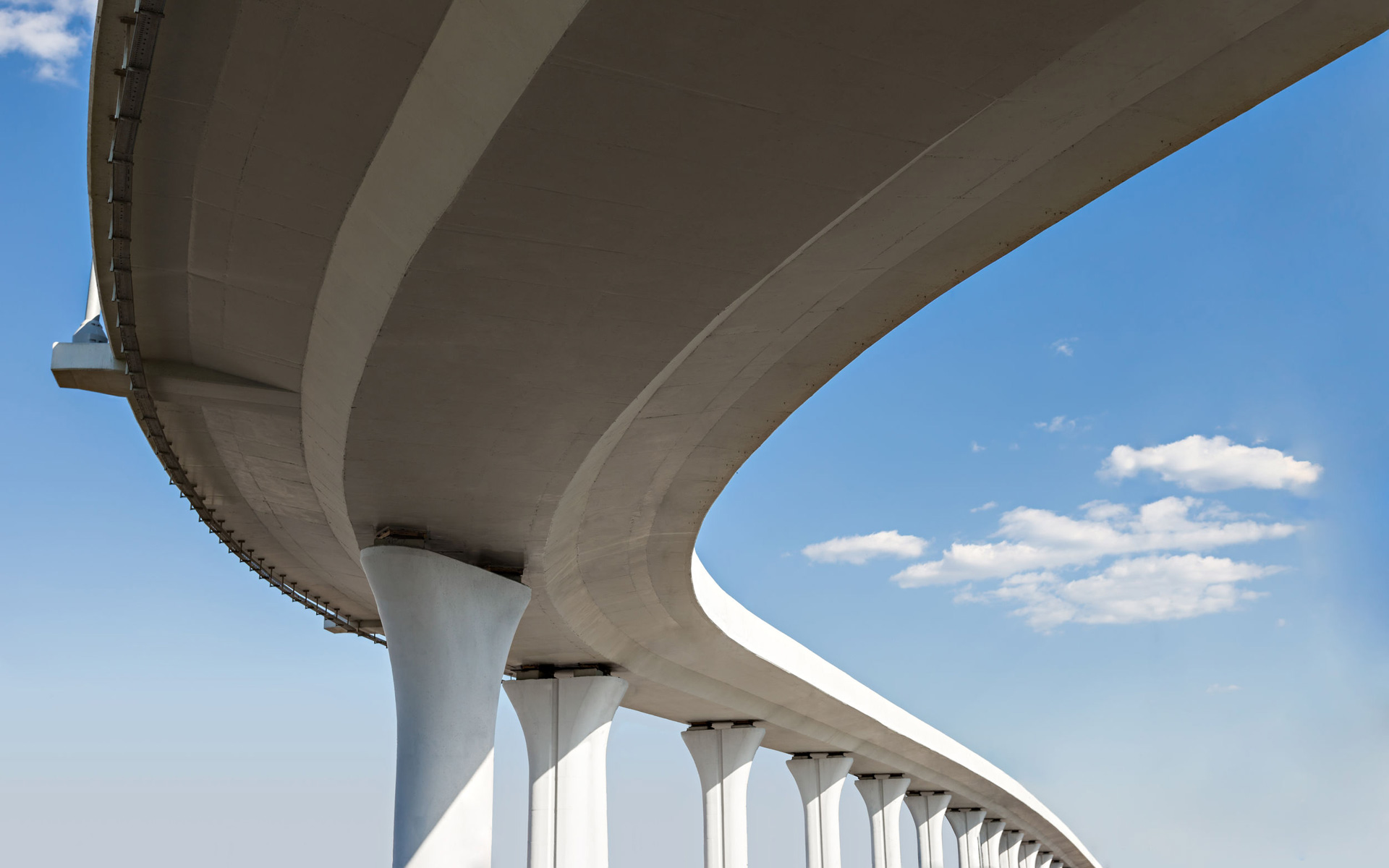 Home
Who we are
What we do
Team
Contact
To Top 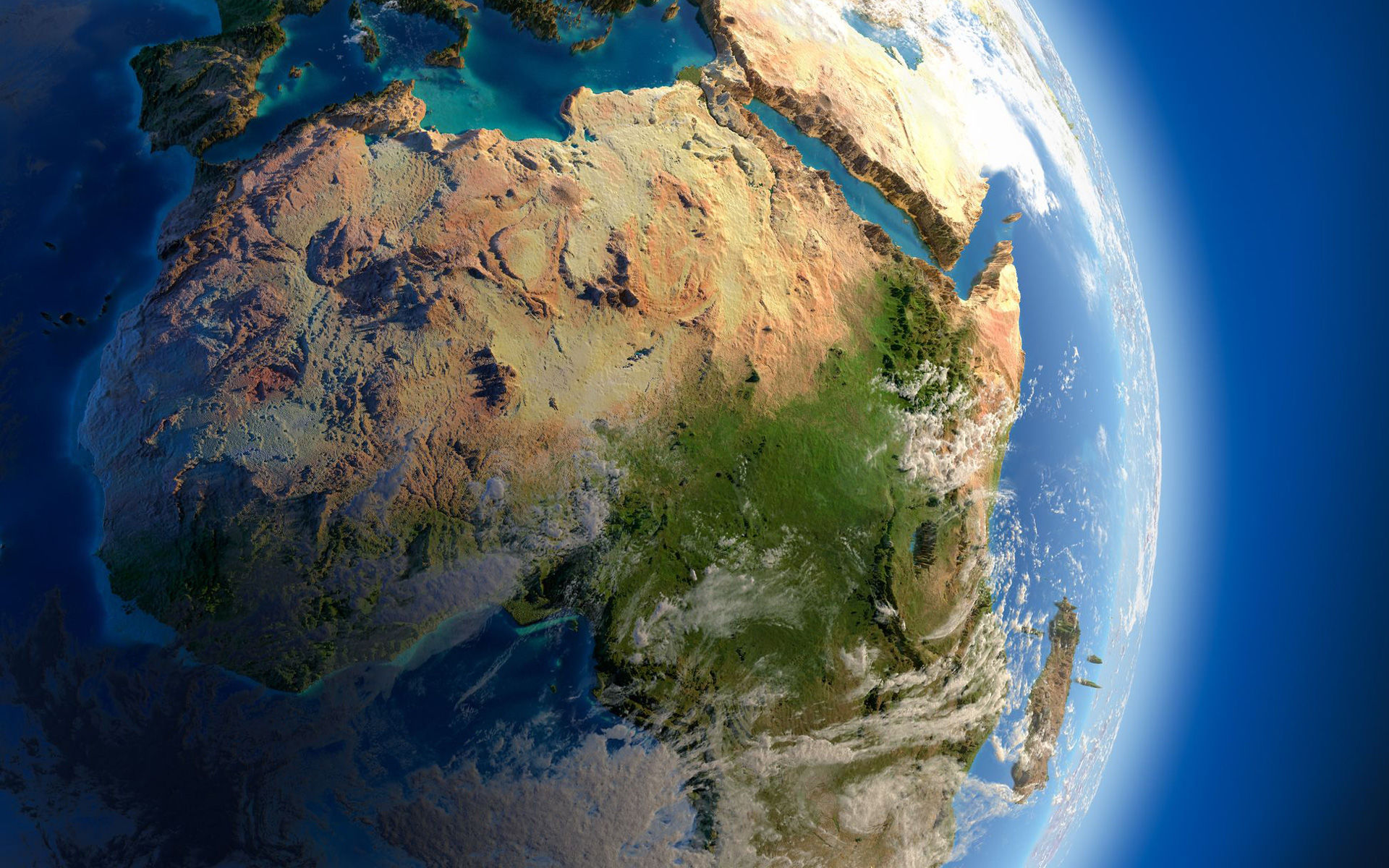 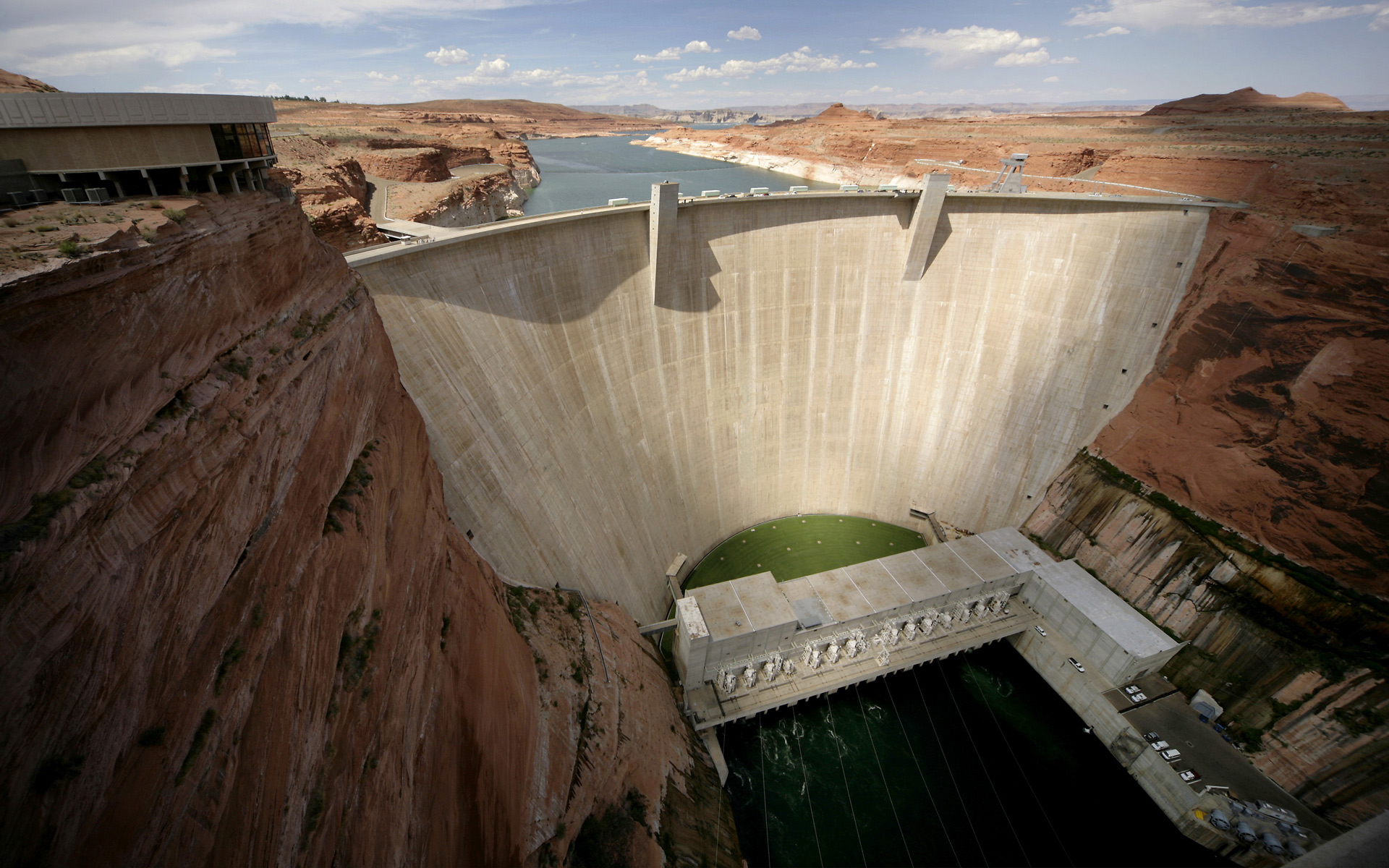 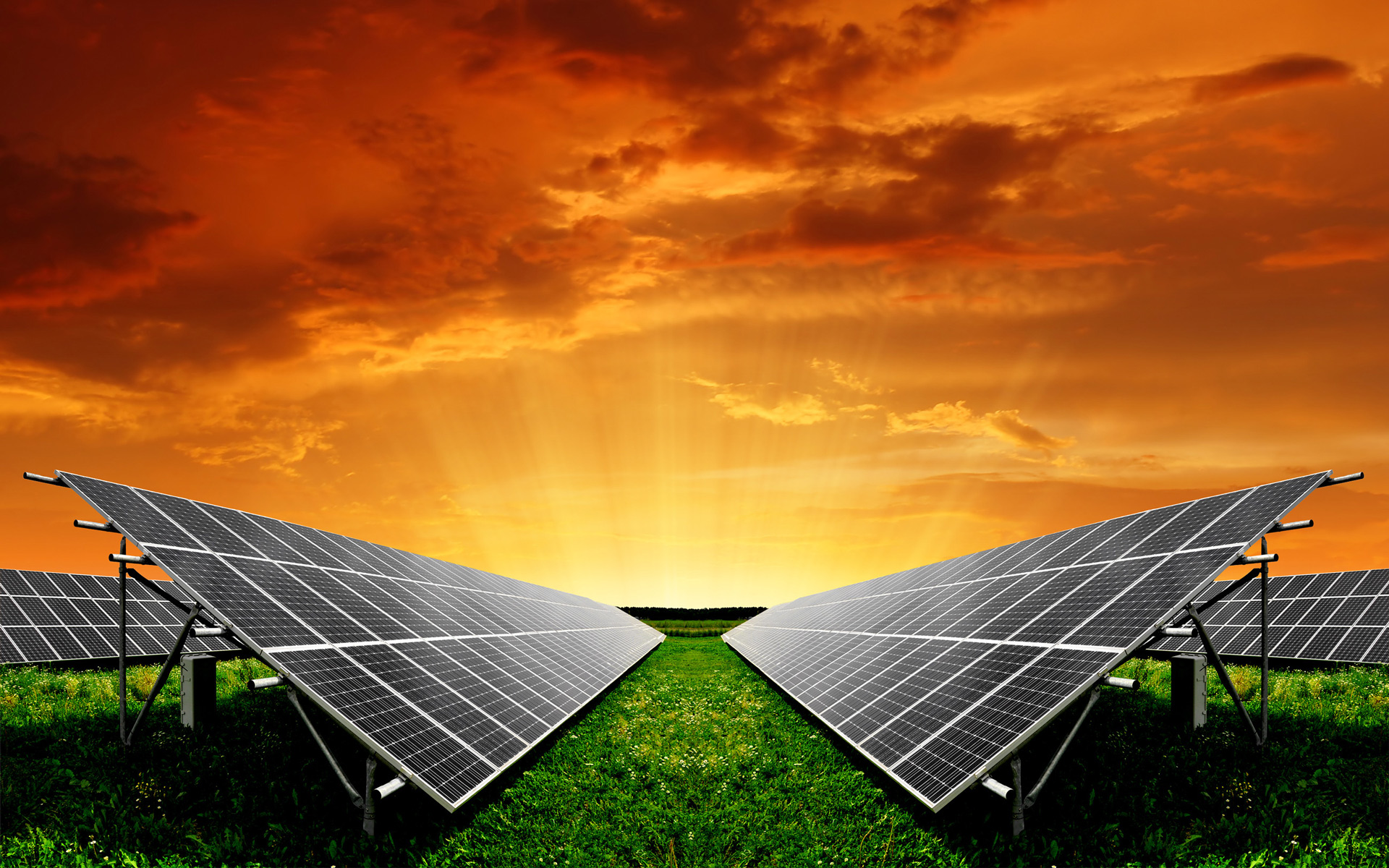 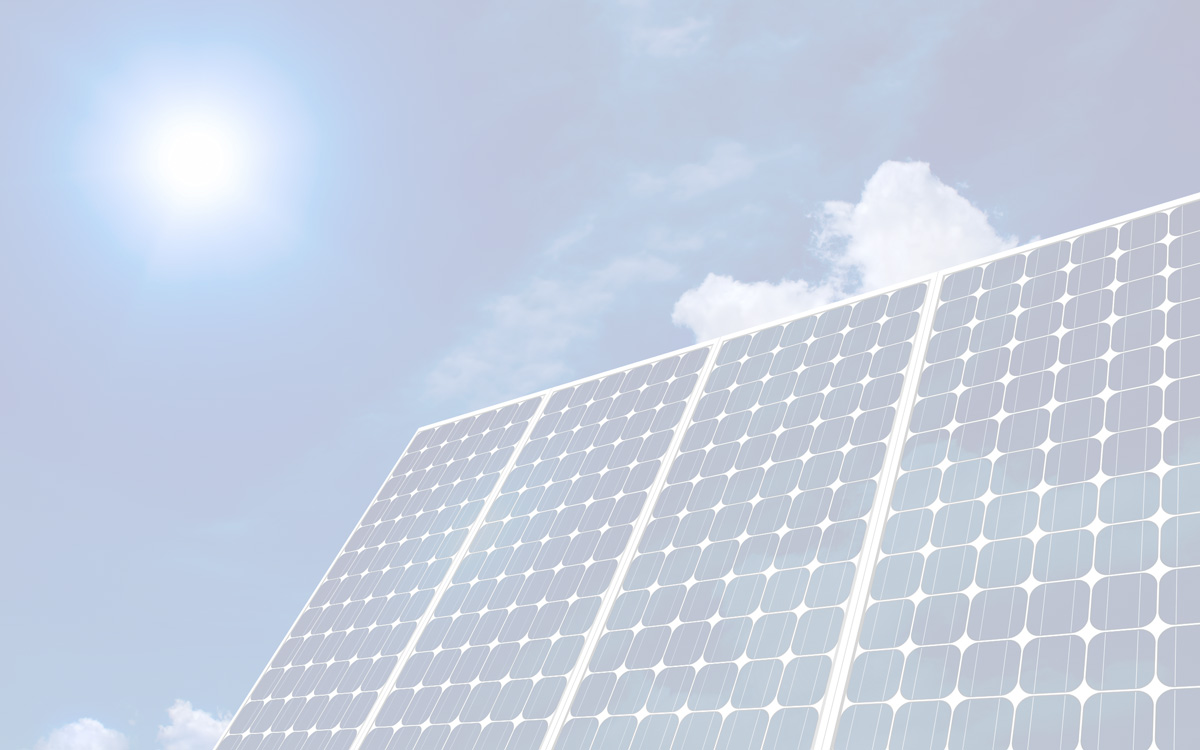 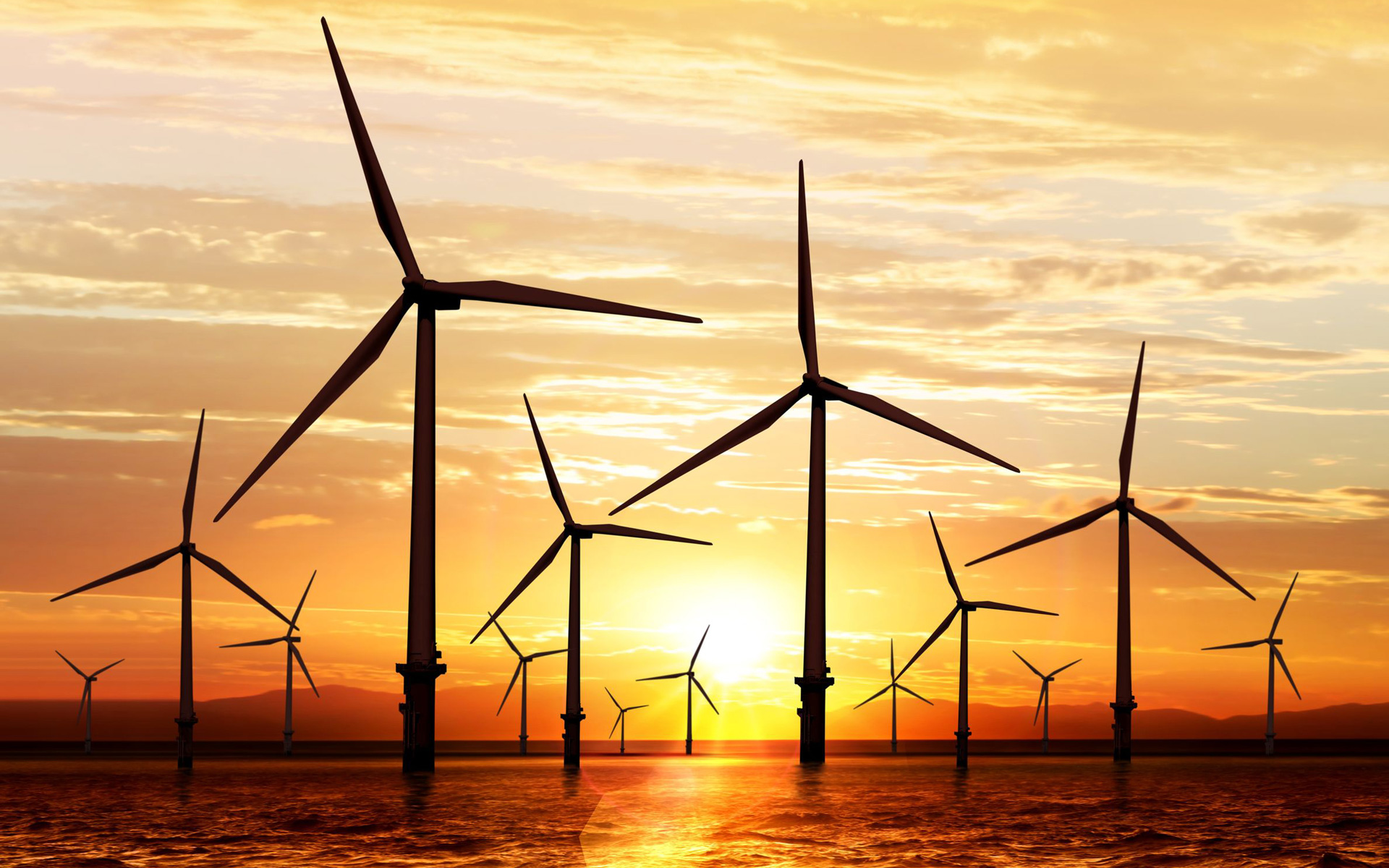 Colosseum Development provides project development advisory and assistance to sponsors of industrial and infrastructure projects in Africa. It was founded in 2017 in Casablanca, Morocco on the idea that project sponsors should not have to choose between local insight and international expertise. On one hand, local developers too often lack the experience and know-how necessary to structure a project and bring it to successful financial close and commercial operation. On the other hand, international sponsors who possess the structuring expertise and financial resources to close large projects generally fail to adapt to challenging local environments and dynamics (limited public-sector capabilities, policy uncertainty, weak regulatory environment, narrow financial markets, etc.).
Colosseum Development therefore positions itself as a bridge and facilitator between local projects and international development and structuring practices.

-arrangement and management of the environmental & social public consultations and discussions with local populations.

-identification of, and assistance in the negotiation with, potential co-sponsors and co-investors (equity);

-coordination and management of the fundraising process (non or limited recourse debt);

-negotiation and conclusion of financing documents with lenders up to financial close / satisfaction of conditions precedent.


Our offers are tailored to our clients’ needs, depending on their project’s specific context and requirements. For example, in some instances, we get involved very early in the project development process to assist developers in the project’s conceptual definition / pre-feasibility stage and in assembling the project’s key building blocks (project economics, contractual structure, equity story, etc.). In other cases, we work alongside international financial advisors and provide only those project structuring services that are specific to the local environment (e.g. management of relationship with local banks, coordination of lenders’ advisors on site due diligence, assistance in the satisfaction of local CPs, etc.). 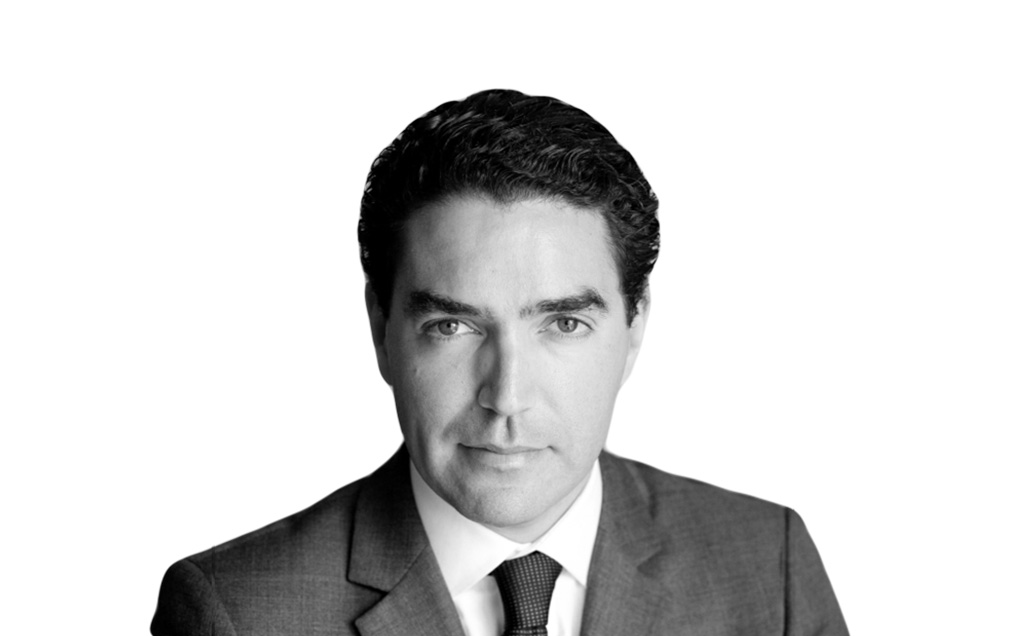 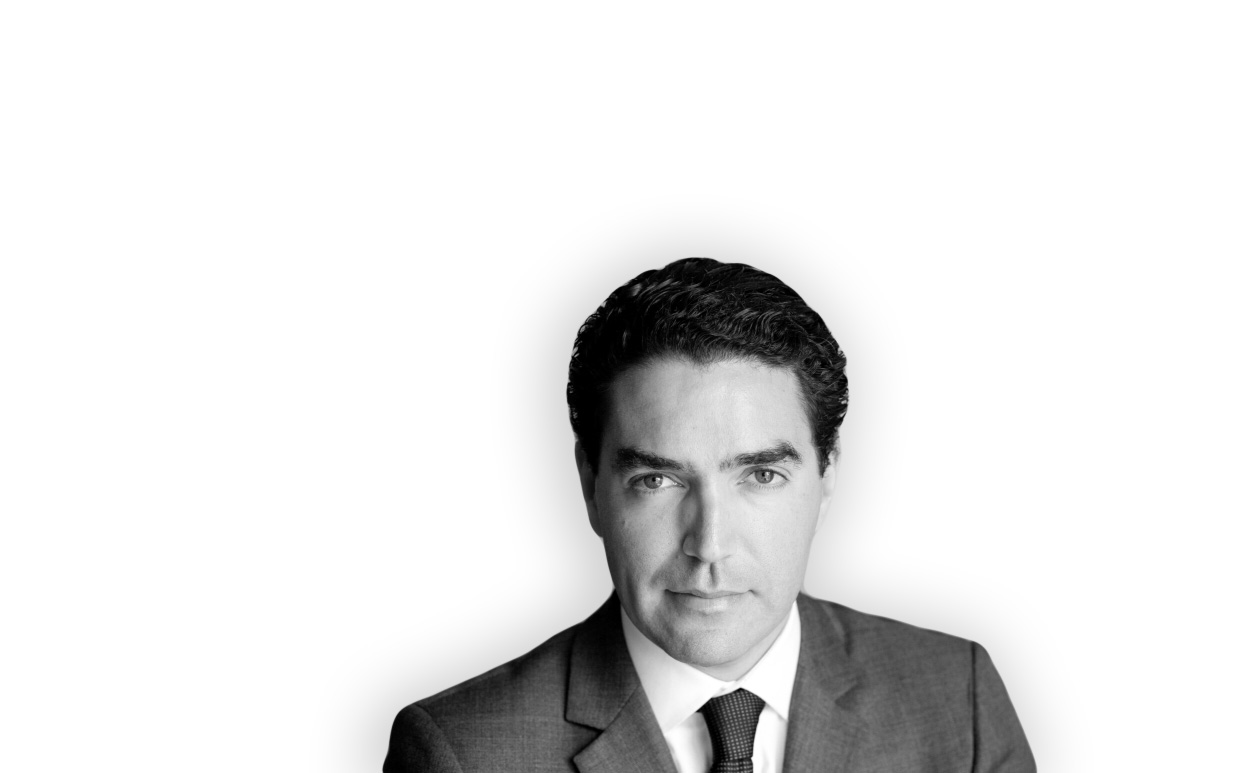 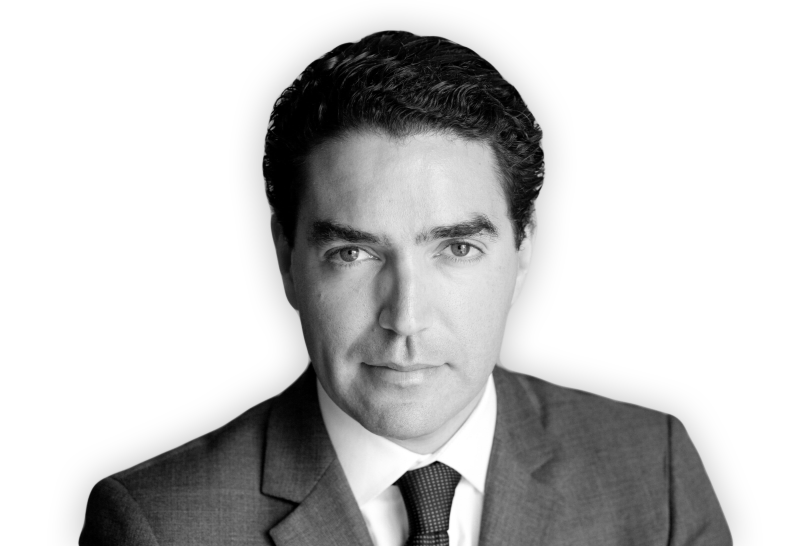 Othmane Alaoui is the founder and managing partner of Colosseum Development.

Prior to founding Colosseum Development in 2017, Othmane was a director in charge of project structuring and financing at Platinum Power, a Casablanca-based developer of renewable energy projects in Africa. At Platinum Power, he led the company’s efforts for the structuring of hydropower IPP projects in Morocco, Côte d’Ivoire and Cameroon, and was involved in the definition and implementation of the company’s fundraising and partnership strategy.


Prior to that, he was a director in BNP Paribas’ Project Finance team in Paris, advising on, structuring and lending to large energy and infrastructure projects in the EMEA region. Landmark transactions Othmane worked on include:

- the USD 450mn structuring and financing of Al Qatrana gas-fired IPP in Jordan (sponsored by a consortium of KEPCO and XENEL, with funds from KEXIM, PROPARCO, IsDB and commercial banks);

- the USD 680mn structuring and financing of SANMAR’s PVC complex in Port-Said, Egypt (debt raised from a syndicate of Indian banks);

- the USD 2.3bn structuring and financing of Marafiq IWPP in Saudi Arabia (sponsored by Suez Energy, ACWA and GIC – then the world’s largest power and water financing). 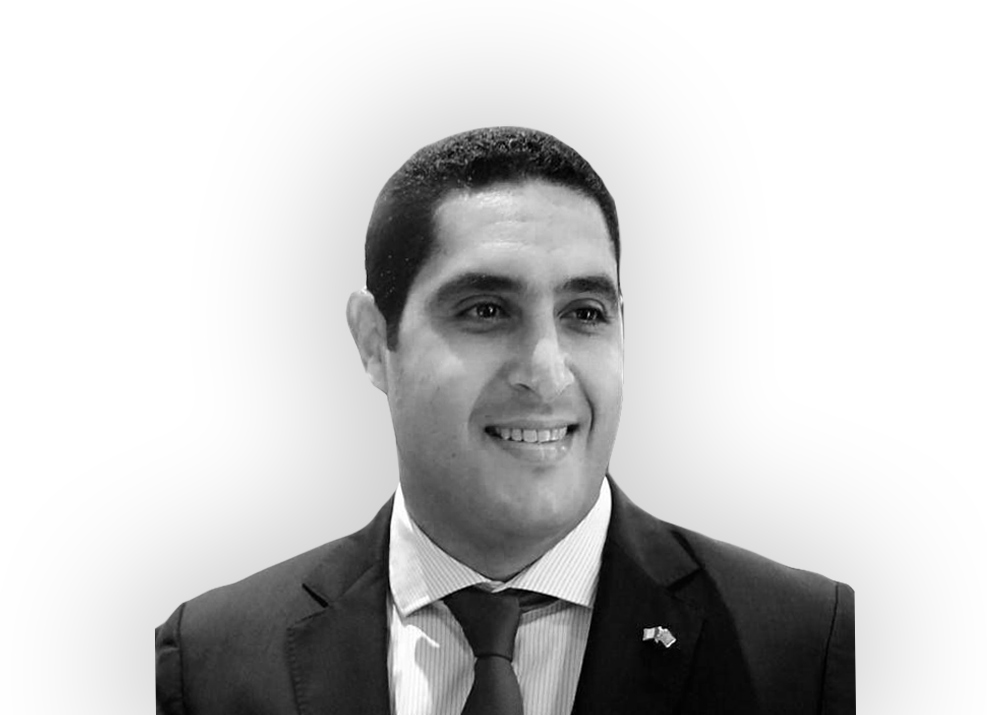 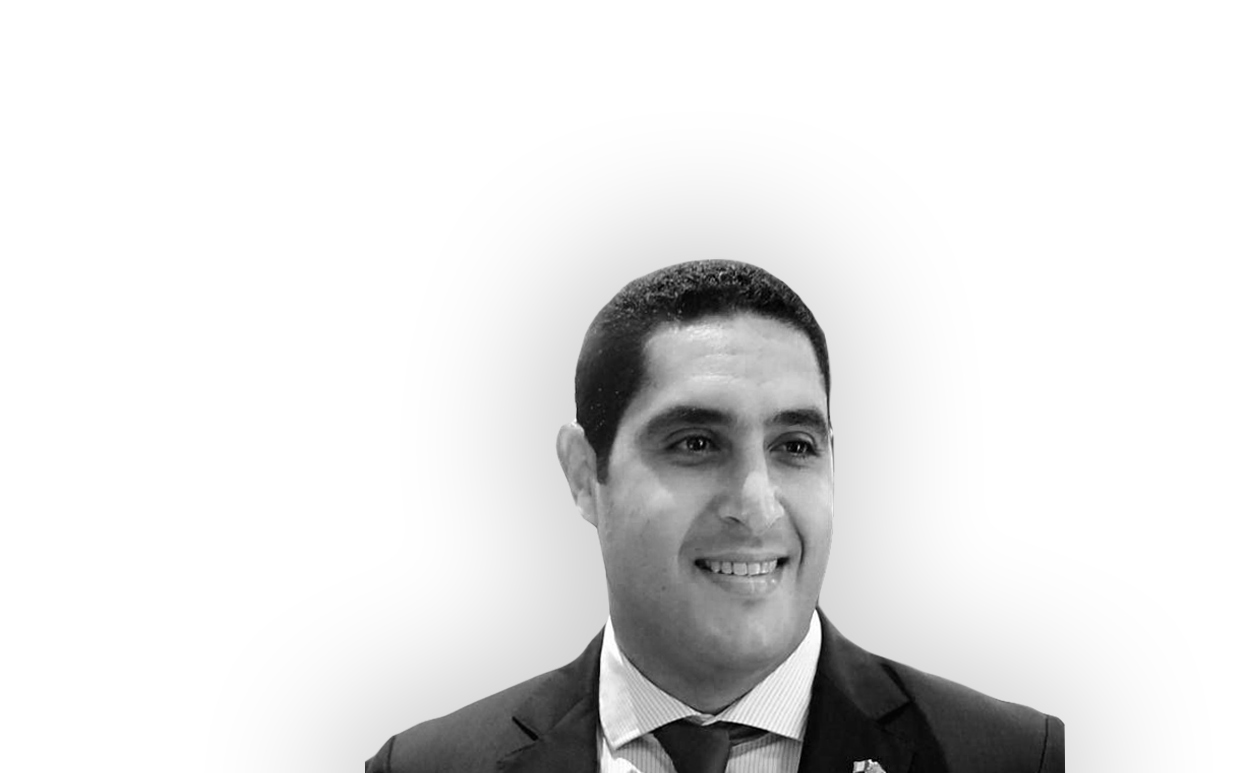 Kamal Abdelhafid joined Colosseum Development in January 2019 as a managing partner, based in Abidjan, Côte d'Ivoire.

He is a seasoned energy and infrastructure project and business development professional, having amongst others developed in excess of 2,000 MW of energy projects over the past 16 years in the Middle East and Africa region. Kamal started his career as a Business Development Engineer at Total Morocco, where he was responsible for the growth and development of the bulk LPG business across the kingdom. 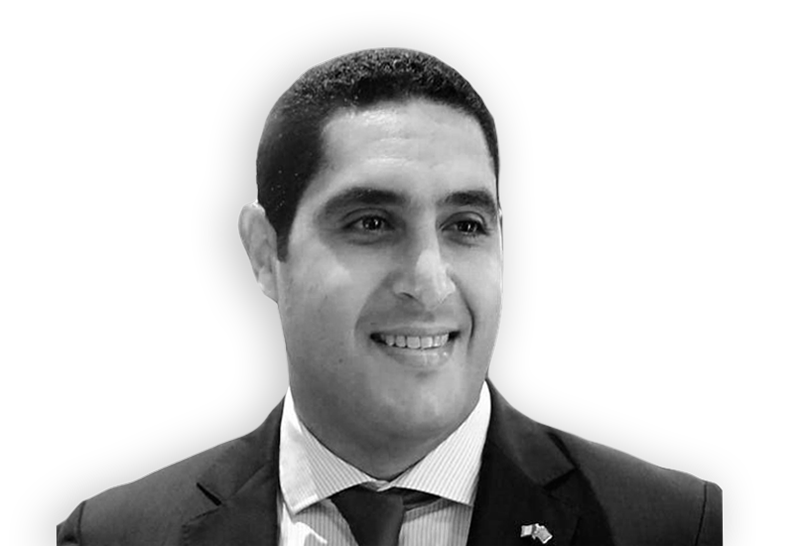 After a short assignment at First Chemicals in Saudi Arabia as a Marketing and Development Manager, he moved back to Morocco and joined La Compagnie du Vent - GDF Suez (now ENGIE) as Project and Business Development Manager, and where he led the development of greenfield renewable energy projects in the MENA region. In 2011, Kamal joined US investment firm Brookstone Partners and its affiliate Platinum Power, a pan-African developer of renewable energy projects. At Platinum Power, Kamal led the development of several hundred MW of renewable energy projects (including as managing director of the company’s subsidiary in Côte d’Ivoire) and represented the company’s interest in a JV with Swiss power utility Groupe E.

Kamal’s expertise ranges from greenfield / early stage project development to technical and economic (pre)feasibility, financial analysis, on-the-ground development, project permitting and contractual structuring, and implementation of strategic partnerships. He has a strong experience in working with project development agencies, providers of project preparation facilities, international and local developers, contractors and service providers across the project development and execution cycle. Select projects Kamal has been in involved as developer / lead developer include :

- the development of 1,000+ MW of wind and hydropower projects under the Law 13-09 framework in Morocco;

- the unsolicited proposal made pursuant to the PPP Law to the Government of Morocco for the development, construction, financing and maintenance of the Bab Ouender hydraulic dam;

- the response to the ONEE RFP for the 300 MW Tarfaya wind project in Morocco;

- the development of the 150 MW each Gao and Tayaboui hydropower projects in Côte d’Ivoire (under a MoU signed with the Government represented by the MPEER);

- the development of the 350 MW Makay hydropower project in Cameroon (MoU with the Government represented by the MINEE);

- the development of 70 MW of solar PV and wind projects in Senegal (MoU with Senelec);

- the early-stage development of 600 MW of hydro power projects in the Republic of Congo Brazzaville (MoU with MEH).

Kamal holds a BSc in Mechanical Engineering from the Al Balqae Applied University in Jordan, and a MSc in Project Management from the University of Quebec, Canada. He is fluent in French, English and Arabic.

You may contact us via e-mail: contact@colosseumdevelopment.com
We have also included a contact form below for your convenience.